Lucifer’s Hammer loaded up and ready for some serious track time. Yesterday afternoon, 1 August on our way to Killarney International Raceway for some serious practice. The bike is pretty much sorted out. The issue with the charging system was simply a disconnected plug. I did about 15 laps in all over two sessions. Bike was great, pulling like a train, even on normal pump gas. Next session will be with race fuel. Tyres are getting a little shot. The last time they were ridden in anger was nearly 18 months ago and they were new then. So they have tended to dry out a bit and are much harder than they should be. however after putting a couple of heat cycles through them they have started to come back. Off to the track for some practice.

All in all a great session, getting of the bike quite nicely but can do more. Very cautious on brakes though but this will come as the confidence builds up. New tyres on order, a set of Dunlop GP-A Pro which I hope to get soon should be ready for next race qualifying on the 9th August for the Power series round 6. 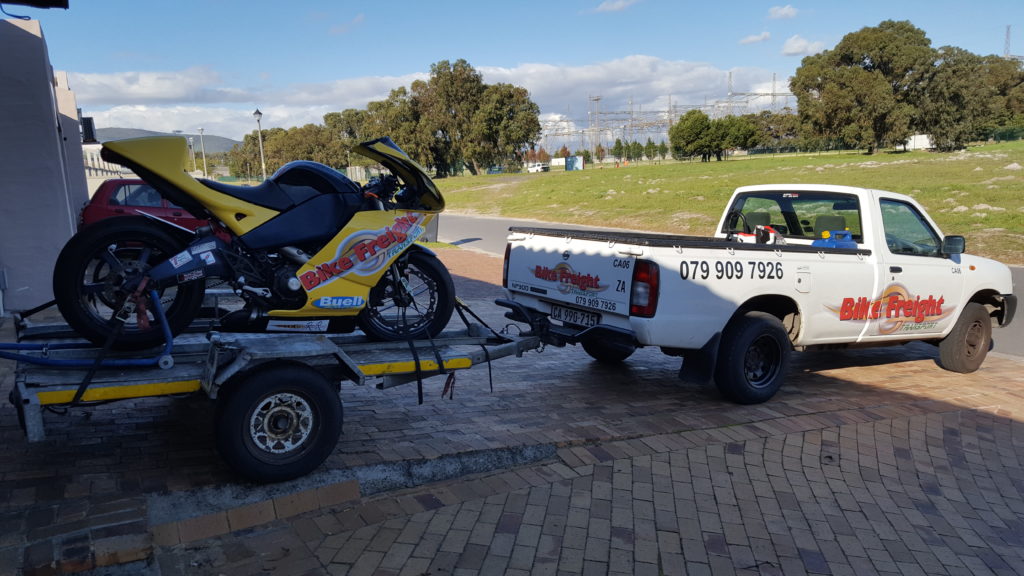 Loaded up Lucifer’s Hammer. Off to the track.

About the Author: Peter Baker